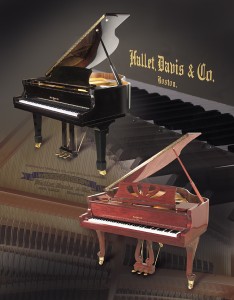 Hallet, Davis & Co. can trace its origins to the year 1835. It was among the oldest of the historic Boston piano companies. Many world-famous pianists have chosen Hallet, Davis & Co. as their favorite piano. The world-renown composer Franz Liszt played on one at the great Paris exposition in 1867.

In 1911, His Holiness, Pope Pius X selected a Hallet, & Davis & Co. piano for the Vatican, and awarded the Hallet, & Davis Company a gold medal in recognition of the beautiful qualities of the instrument.

Building a piano is a demanding and precise art. It is a task based on knowledge and experience, and on the devotion of the builders to an unswerving ideal – never to compromise quality.

With the globalization of the world economy, Hallet, Davis & Co. found it impossible to build pianos in the United States because of the high labor costs. Due to the high man-hours involved in producing these pianos, they were forced, like many other piano manufacturers to move their production overseas. Hallet, Davis & Co. has partnered with overseas manufacturers to produce a high quality, aesthetically pleasing pianos at affordable prices.

Hallet, Davis & Co. collaborated with these manufacturers to produce an impressive number of high quality pianos. Grand pianos in both traditional and Victorian period styles. Queen Anne and Chippendale models are featured as well as Decorator Consoles and Professional Uprights. There are also Continental and Studio styles available in a myriad of beautiful veneers and finishes.

Mason & Hamlin is headquartered in Haverhill, Massachusetts, not far from its original location in Boston, the birthplace of American piano design and manufacturing. Six floors of its busy factory are dedicated to handcrafting Mason & Hamlin pianos.

Within its walls, a workforce of 70 highly skilled craftsmen complete every phase of production from rim-pressing to prepping the finished product.

Attention to detail takes time, and Mason & Hamlin invests a great deal of it in every piano it makes. Before a Mason & Hamlin leaves the factory, it’s inspected no fewer than 12 times.

The Pramberger legacy began over 225 years ago with the birth of Joseph Johann Pramberger in Tyrol, Austria in 1779. Joseph learned the skills of woodworking and at a very young age in Vienna during an era in history where every aspect of creating a piano was an art of learned skill and personal craftsmanship. Joseph had the utmost respect for the tradition of craftsmanship and piano building principles, and his education led him to become a Master Artisan in Europe.

Anton PrambergerJoseph Johann Pramberger’s two sons, Johann Jr. and Joseph, followed in his footsteps. Johann Jr. learned the trade and eventually took over the family business, while Joseph studied the art of woodworking alongside his brother and later became an independent piano builder. The family secrets of fine woodworking and masterful skills were passed down from generation to generation in the Pramberger family, and Anton Pramberger was no exception. Anton became a Master Artisan at an early age in the tradition of Old World European craftsmen as he learned directly from his grandfather by working as an apprentice for him. It was also a time when he learned the value of traditions, the importance of detail, and how to apply only the best craftsmanship principles. Anton once recalled his grandfather instructing him at a young age to “meticulously observe only the best work of others, and absorb every possible detail and nuance of their craft.” 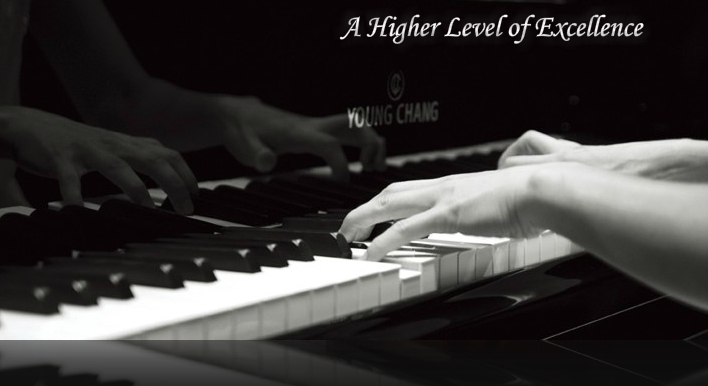